Lena Katina, a Russian singer and songwriter, is well known as one half of the Russian duo t.A.T.u. Her real name is Elena Sergeevna Katina. She won the MTV Russia – Video Of The Year (2011) for her hit single Never Forget. Her debut album This Is Who I Am was released in 2014. 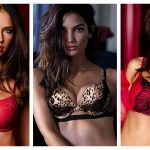